The Making of Midnight Oil

Celebrating the Power and the Passion of one of the world’s most inspirational rock bands.

The Making of Midnight Oil is a free exhibition which examines the iconic band’s impact on social and cultural history across a 40 year period, and can be seen at Arts Centre Melbourne from 14 November 2015 until 28 February 2016.

Midnight Oil had a heart, a conscience and a strong Australian identity that spoke up for everyman. The Making of Midnight Oil captures the excitement, the big issues and the sound perfectly and completely.

From their early days as ‘Farm’ on Sydney’s Northern Beaches through to their infamous daytime protest concert outside Exxon’s New York corporate headquarters, The Making of Midnight Oil is jam packed with rare and iconic items including stage props, instruments, protest banners, hand written lyrics, photographs and posters sourced from public and private collections as well as the band’s own archives.

The enormous banner with the wording ‘Midnight Oil Makes You Dance, Exxon Oil Makes Us Sick’ and the band’s Sydney Olympics closing ceremony ‘Sorry Suits’, along with three specially commissioned film sequences by film maker Robert Hambling on the making of the band’s iconic 1982 album 10,9,8,7,6,5,4,3,2,1.will also be on display as part of the free exhibition.

The exhibition was developed by Manly Art Gallery and Museum Curator Ross Heathcote in collaboration with Midnight Oil songwriter and drummer Rob Hirst.

“The members of Midnight Oil would challenge themselves at every turn with the self-imposed question “Is it Oils?” – which meant: is it authentic, uncompromising, relevant and made with integrity and energy? Working closely with the band on this exhibition, we have tried to live up to this spirit and way of working. The more I have come to know about Midnight Oil, the more I respect their mighty achievements,” said Ross Heathcote, exhibition curator.

The Making of Midnight Oil 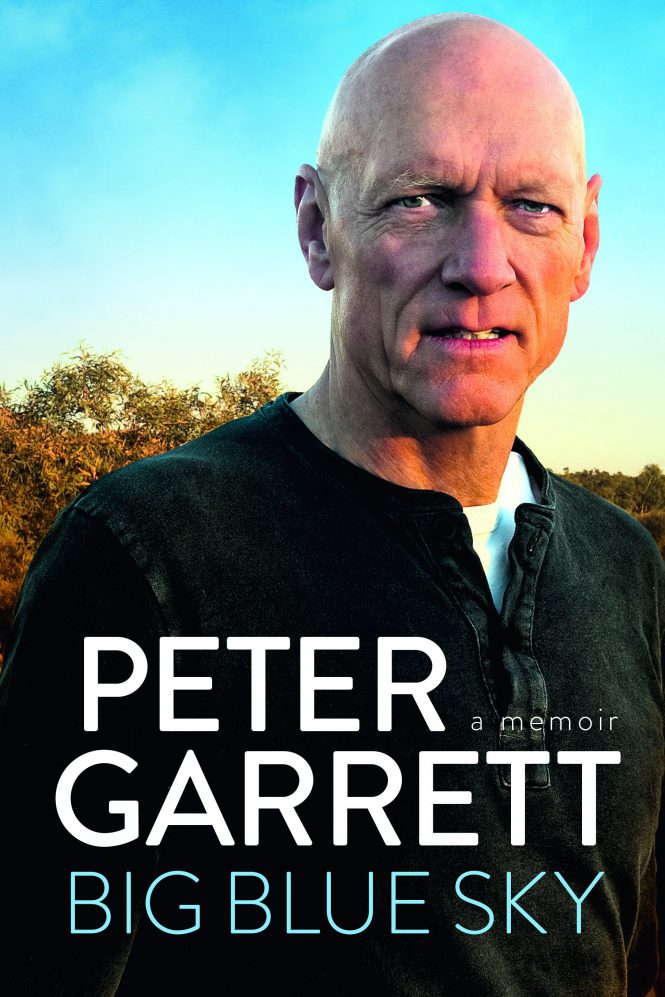 To celebrate the launch of the book, publishers Allen & Unwin will host a special online Q&A event on the evening of Tuesday 13 October.

Get involved by leaving your question for Peter at http://www.allenandunwin.com/petergarrettlive or on Midnight Oil’s Facebook page https://www.facebook.com/midnightoilofficial

Peter will then choose his favorites and answer them, along with celebrity questions from John Butler, Daniel Johns, David Suzuki and more – live online on Tuesday 13 October at 8pm (AEST)

Ten copies of ‘Big Blue Sky’ are up for grabs, with a signed edition for the best question as chosen by Peter.

To join in, and for events dates and times when you can catch Peter on tour throughout Australia in October and November, visit http://www.allenandunwin.com/petergarrettlive

From their beginnings in the 1970’s on the pub circuit of Sydney’s Northern beaches Midnight Oil went on to win audiences across the world with their fierce commitment to environmental, social, anti-war and indigenous rights issues.

‘The Making of Midnight Oil’ is major public exhibition opening June 2014, which maps that journey and examines the band’s impact on social and cultural history across a 40-year period.

Amongst the wealth of items on display will be a stage recreated with Rob Hirst’s water tank, dingo and roo from the Diesel and Dust tour, Peter Garrett’s microphone and other instruments. Throughout the space the band’s original road cases have been reworked into display cabinets housing a myriad of fascinating objects, guitars, amps and pedals, iconic stage wear including the ‘Read About It’ overalls and Olympic ‘Sorry Suits’ and a huge array of banners, posters, rare photographs and original lyrics.

Two large screens reveal new and unseen film footage including a documentary on the recording of 10,9,8 by Robert Hambling and touring footage from the 1980’s by film maker Ray Argall, who also made ‘The Power and The Passion’ clip.

A surround sound booth with a sign saying ‘The Antler’ aims to capture some of the atmosphere of what it was like to be in the audience at an Oils gig, complete with sticky beer stained carpet, gaffa tape, elbows sticking out of the walls and a rare and unearthed piece of footage of the band filmed at the 1981 festival ‘Tanelorn’. Along one wall of the gallery a massive 30-foot wide banner from the band’s protest gig outside New York’s Exxon headquarters proclaims ‘Midnight Oil Makes You Dance, Exxon Oil Makes You Sick’.

‘The Making of Midnight Oil’ is a free exhibition developed over a two -year period by MAG&M Curator Ross Heathcote in close collaboration with Midnight Oil drummer Rob Hirst.