Peter Garrett has been announced as part of the lineups for both Twilight At Taronga at Taronga Zoo and Zoo Twilight at Melbourne Zoo in January 2017.

He will perform with The Alter Egos and be supported by Kev Carmody. 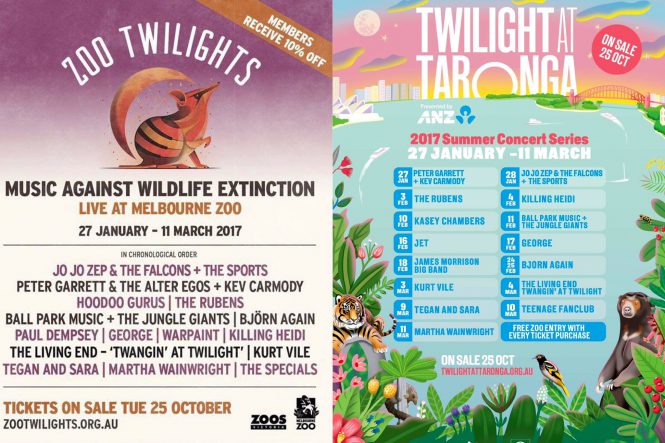 Peter Garrett announces his debut album ‘A Version Of Now’

After nearly 15 years away from the recording studio, Midnight Oil frontman Peter Garrett today announces the details of his debut solo album, ’A Version of Now’. The chorus of the opening track ‘Tall Trees’ – really says it all … “I’m back!”.

As the singer, songwriter, and former politician explains, this is a particularly personal project and one which initially happened by accident.

“As I was finishing my memoir, melodies and lines kept dropping into my head and, big surprise, I ended up writing a few songs. Once these tunes were out in the sunlight I decided I might as well jump into a studio and record what I had along with a few other bits and pieces I’d always liked.“

‘A Version of Now’ will be released on Friday July 15th through Sony Music Entertainment Australia while ‘Tall Trees’, the first taste from the album is being released digitally today.

In true Garrett style the nine songs on ‘A Version of Now’ are an uncompromisingly direct set of tunes. They were tracked over just a few weeks last January at Rancom Street studios in Botany (Sydney) with Canadian born musician and acclaimed producer Burke Reid (Courtney Barnett, The Drones, Sarah Blasko and more). Mixing happened at Harry Vanda’s Hercules Studios shortly thereafter making for a raw collection of frank and fearless songs.

“I wanted to capture my version of now” says Garrett when asked to explain the album title. “The songs are reflections of turbulent decades on the rack, and the people and things that meant the most to me.”

The core band involved in making the album was Martin Rotsey (Midnight Oil) on guitar with Pete Luscombe (RockWiz, Paul Kelly) on drums and Mark Wilson (Jet) on bass. Heather Shannon (The Jezabels) and Jamie Hutchings (Bluebottle Kiss) joined in too as did all three of Peter’s daughters – Emily, May and Grace – who sang and played on some of the key tracks.

‘A Version of Now’ takes the listener on a candid remembrance trail; the tone both stridently distinctive and unexpectedly tender, as one of the greatest front men in Australian rock reflects on his motives, his losses and gains and finds his resolve – surprise — utterly unbowed.

This is Peter Garrett as you’ve never heard him. Songs of love, songs of home and sweet memories chafe against songs of relentless resistance with, as ever, a steely eye on a better future. 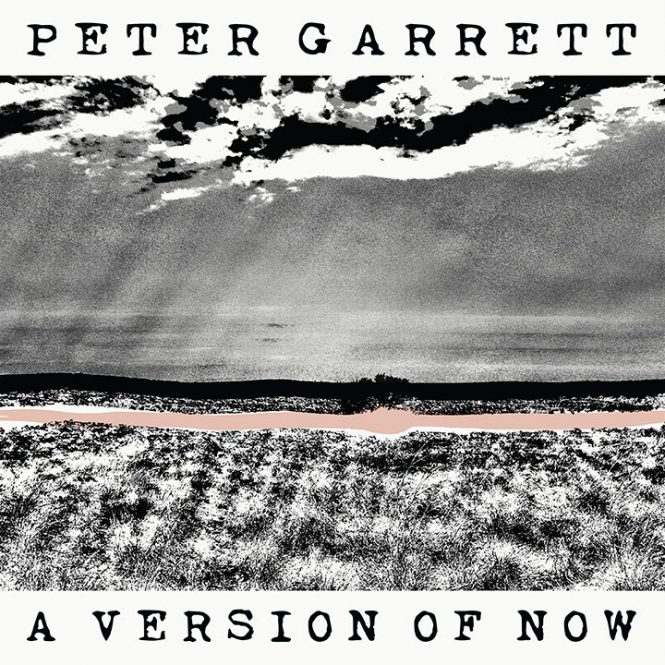 ‘Tall Trees’, the first taste from the album, is available in Australia today. You can grab a copy of the song or listen to it here.

‘A Version of Now’ will be available to pre-order worldwide from May 30, which will include an instant download of ‘Tall Trees’.

For the diary: ‘Peter Garrett: A Version of Now (The Full Story)’, premieres exclusively on MAX at 9:30pm on Tuesday July 12th 2016

A message from Midnight Oil

We know it’s been a while but we wanted to tell you that the five of us are finally making plans to get together again for some gigs next year. We’re looking forward to hopefully playing overseas and touring our homeland for the first time since 2002.

We won’t know exactly when, where and what we’ll be doing before next January at the earliest so in the meantime please just ignore any rumours. Unless and until you hear about something from us you can safely assume that it’s not yet confirmed.

Meanwhile, we’re still busy with other projects outside the band.

For starters Peter Garrett can confirm reports that he will finally return to music by releasing his first solo album. When writing his memoir ‘Big Blue Sky’ Peter revealed that ‘a surprising byproduct of writing words all day was to suddenly find music coming back…’ This news sparked some speculation that a new Oils album might be in the making. However the songs that he wrote alongside his memoir are more personal in nature – hence the decision to record them for a solo release. Expect more news on his album over coming months.

Drummer/songwriter Rob Hirst has maintained his work with acclaimed Australian blues outfit – and festival favorites – ‘The Backsliders’, with a new album just recorded. Last year, he released ‘Hirst and Sennett’, a garage pop/rock collaboration with Brisbane musician/writer Sean Sennett. Most recently Rob co-wrote ‘The Truth Walks Slowly In The Countryside’ with Nashville based duo Jay and Mark O’Shea – a musical tribute to the late farmer/ CSG activist George Bender.

Composer/producer/guitarist Jim Moginie continues to push the musical envelope with the development of his ‘Electric Guitar Orchestra’ for whom his composition ‘The Colour Wheel’ explores the boundaries between music and colour.   Jim has produced records for artists including Sarah Blasko. He also works as a screen composer and tours internationally with the Australian Chamber Orchestra, as well as pursuing his passion for Irish music with The Tinkers and Shameless Seamus.

Guitarist Martin Rotsey teamed up again with Jim and Rob to form instrumental surf combo ‘The Break’,  and joined in to play guitar on Peter’s new record.  Whilst bass player Bones Hillman moved to the US in 2007 and has since been active on the North American live scene, working out of Nashville and with Canadian artist Matthew Good, and long tme Oils producer Warne Livesey.

Lastly as a thanks to all of you for your continued patience here’s a free download of a live recording. It’s from one of the most recent gigs we did together – a warm up show in Canberra before the big “Sound Relief” benefit concert at the MCG back in 2009. Next year we want to make a racket just like this and we hope to see you there.